THE PROS AND CONS OF ONLINE SOCIAL GAMES

Your child spends some time playing online games on his computer and you don't really like it ... especially since most of the online games he is interested
0
0
0 visits

Your child spends some time playing online games on his computer and you don't really like it ... especially since most of the online games he is interested in are social games (or social games). is to say games that are played by several. And now, social games, you really dislike it!
And yet, these social games have many advantages for the player! Yes, psychologists have even made serious studies on the subject!

Admit, if social games have a negative image in your eyes, it's because you fear that your little screen gamer will become a horrible, associable geek who stays for hours in his room in his pajamas in front of his screen instead of discovering the real one. life with real friends!

But if these social games bring together so many users, can we not wonder if they would not have beneficial effects for the player?

The benefits of online social games

تحميل العاب1- Socialize during interactions with other players
My teenager is addicted to video games
A social game is designed to be played by several people and is of no interest alone.
Just like in real life, your child will meet people and make new friends! Of course, this will happen by interposed screen but your child, through his game character will have to implement social codes that will define him with other players in the community!

2- Analyze, study the other to understand the opponent
In many social games, players compete for territory or whatever.
Suddenly, your child will have to play according to others and learn to be a strategist and to listen to others in order to guess how they will act and therefore how to counter them in order to win!
The player will therefore have to take an interest in the other!

3- Learn to work in a team
Knowing how to work in a group is an essential concept in professional life.
And it is clear that teamwork is not emphasized enough throughout the schooling of our children, and this, at least until senior year.
Network games require alliances to develop one's territory, for example, and team spirit is therefore very important.

In addition, network games are all community-based and seek to involve the knowledge of the player who is there to play but also to share!

4- Express yourself, assert yourself
A teenager who feels bad about himself can flourish through a game character who corresponds to the vision he has of himself, freed from the complexes associated with adolescence! A character who wins, who meets success, or an avatar he has created and who dares to express what he really is!

He will exchange much more readily, will be more comfortable with the players, whether they are male or female!

5- Promote yourself
Online social games make it possible to strengthen self-esteem… To pass levels, to see that one is better than his boyfriend… So many elements that will boost the esteem of a teenager who is badly in his sneakers and who has well need to be inflated!

This is one of the major problems of social games which can very quickly become addicting on the pretext that the game continues while the player is not there!

Be careful therefore to set the rules concerning the time allocated to these games on the one hand, and not to hesitate to disconnect the player's devices at certain times of the day and at night!
Some boxes even offer to disconnect the wifi by device. Otherwise, we lock up under computer keys, tablet and phone!

2- bad encounters
Your player meets a multitude of other players with whom he (or she) sympathizes but we do not know who is behind loulou21 or tarzantiptop!
It is therefore essential to define with your children what is acceptable to say in a multi-player game and especially what not to say especially to avoid divulging personal information that could backfire on them!
Therefore forbidden to give his email address, his real address, his last name or his telephone!

Even more serious and formally prohibited: accepting an appointment!
It is advisable to explain the risks so that your child or teenager does not dare to disobey you under the pretext that one is "a big flip of life"! 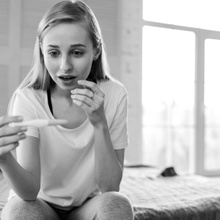