The Northern Route of Saint James

Between the 12th-13th centuries, the Coastal Way of Saint James was consolidated as the most popular maritime and overland way to arrive at Santiago.
0
4
21 visits
So, Where is Asturias?
The Original Way of St. James
El Camino de Santiago de la Costa
El Camino Primitivo a Santiago
Le Premier Chemin a St. Jacques
Der Primitive Weg

The Northern Coastal Route of Saint James as it passes through Asturias, was used by the first European pilgrims as it followed along a pre-existing route carved out by the local inhabitants thousands of years before especially between the European Coastal communities of the Atlantic Arc. From the dawn of the Jacobean era and due to the Moorish conflicts throughout Spain, this was the safest way to Santiago or Saint James to visit the final resting place of the Apostle Saint James as only the Cantabric Coastline was free of the domination and attacks by the Moors.

Every step a pilgrim takes along the Asturias leg of the Way of Saint James is a step along time and history dating as far back as the Jurassic period when dinosaurs dominated the region to early man and the development of culture, from the secretive and hidden Celtic traditions to the inventive Bronze Age and the unique Pre- Romanesque Architecture and examples of Roman occupation, Chapels, Monasteries and medieval towers. From times of mass emigration and the influences of faraway lands to the dramatic industrial revolution… from times of modernity to a time of hopefulness for the future. 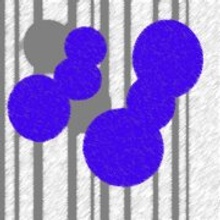